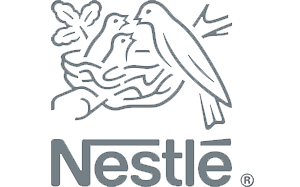 The world's most leading brand today, Nestle has its history started in 1866 when a foundation is established, named Anglo-Swiss Condensed Milk Company. A breakthrough infant food has been invented by Henri Nestle in 1867, and later merged with Anglo-Swiss in 1905 resulting in what know to the world now as Nestle group. Hit off the market by launching chocolate a few years later, and continuously to produce many variants of products such as cereals, instant noodles, instant drink, biscuits, cookies, condensed milk, ice cream, etc. Nestle is easily recognized by the logo of three baby birds being fed by their mother, in a nest. Up until today, this logo is continuously being used as Nestle's trademark with upgraded improvement from time to time. Over the course of time, Nestle had launched numerous outstanding brands which has well-established reputation such as Maggi, Milo, Nescafe, Kit Kat, Koko Krunch, Honey Stars, etc and has produced over 2000 brands so far! Currently established in 191 countries at the global level with over 150 years of experiences, Nestle now is the world's largest food and beverage manufacturer.