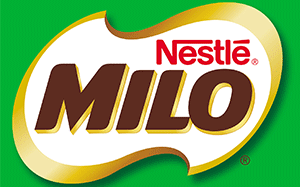 Inspired from the miserable moments of the worst economic downturn in industrialized world history, The Great Depression. In 1934, A Nestle Australia food scientist, Thomas Mayne had witnessed how terrible that the incident had impacted many kids with poor diets and malnutrition. Followed the desire to overcome the situation, he came out with a solution to design a powdered chocolate malt drink as fuel energy for those kids. Reminiscing Milo of Croton, which was a strong athlete who had won six Olympic events and many other titles, then the drink has been being named into Milo. And currently climbing the top of its establishment, Milo is recognized amongst the world's most leading beverage brand in the world.